On This Page
About Our Host, Chantel
Group Sessions Personal Sessions

Chantel, our featured reader, is an international author and speaker. She has been in the field of psychic mediumship for over thirty years and is a professional consultant in the fields of spirituality and the paranormal. With decades of field experience, she has authored several books, all of which have been printed around the world in multiple languages. Support Chantel's Patreon and get access to exclusive services, content and deep discounts!
TOP "Collective" Ⓒ 2022 Atlantean Glow
Spirits Collective Connection  (DISCORD USERS)
Join Chantel in a fun, enlightening adult "edutainment" session along with her divine guides on the second Wednesday of every month at 8PM ET. Each month a new topic of discussion is selected. Most events open to public. See our schedule of upcoming events.
TOP
Muse Ex Vitae (DISCORD USERS)
Embrace the moment. Join us for weekly nondenominational prayer and guided meditation.
Ask Angel Anything (DISCORD USERS)
Submit your questions in real time on spirituality in our chat room for a chance to connect with the archangels. Limited seating. Account with our calendar app Acuity and Discord username required for registration.
Hall of the Ascended Ancients (formerly "Angel Gallery") MARCH, JUNE, SEPTEMBER ONLY  (DISCORD USERS)
You have your own personal spirit guides, angels and gods who help you along the path of your life.  Now is the time to connect with them. Come and hear what your guides have to say and embark upon a journey toward greater wisdom and the inner peace you've been seeking. Join international author, and angel medium, Chantel, for an insightful, relaxed evening and let her bring you messages of love from the angels that surround you. Hall of the Ascended Ancients is an open forum setting where angel messages are given during a small online chat audience.  Because all in attendance will receive a message, Hall events are limited seating.
TOP 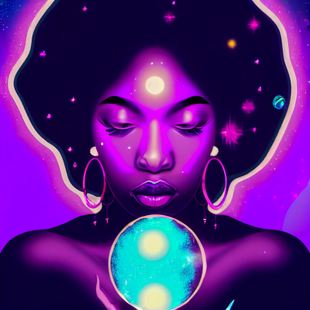 "Oracle Avatar One" Ⓒ 2022 Atlantean Glow
Live Psychic Consultation (SKYPE)
When the ancients whisper, do you listen? You have your own personal spirit guides who help you along the path of your life. Now is the time to connect with them. Come,  hear what your guides have to say and embark upon a journey toward greater wisdom and inner peace. Chantel's approach to the psychic reading is very different from "storefront" psychics. She is not a fortuneteller that discusses the future, but a medium that divines the now by connecting to your spirit mentors in order to help you navigate the future, no matter what it brings. See her site and books for more on her unique approach and platform! Appointment slots are limited.
​(Recorded sessions are not currently available.)
TOP
Inner & Outer Being: Chakra & Aura Readings (SKYPE)
Get a quick and simple reading on where you are right now with a live psychic scan of your aura and chakras, reflections of your inner self and the world around you respectively. With this half hour session, you can detect  obstacles and hidden blockages that may be preventing you from progressing on your current spiritual journey. Since auras and chakras change frequently, this short reading is much like a quick-service oil check...of the spiritual nature. 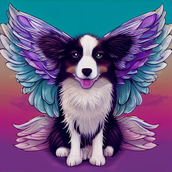 Oracle of St. Francis - Pet Psychic Readings (SKYPE)
Connect with your pets and discover their angelic personalities in this fun thirty-minute psychic reading that may cover anything from pet guardian angels to aura readings to pet past-life readings. Possibilities are endless. This reading is open to all types of pets at home in Heaven or at home with you. Limit one pet per reading.  Must submit one photo of your beloved pet before the reading.
TOP

NEW! Oracle of St. Raphael - Pet Psychic Readings with Aura Art (SKYPE)
Get everything in the St. Francis reading plus a custom digital rendering of your pet's aura--their spiritual selves. This reading is open to all types of pets at home in Heaven or at home with you. Limit one pet per reading.​  Must submit one photo of your beloved pet before the reading. 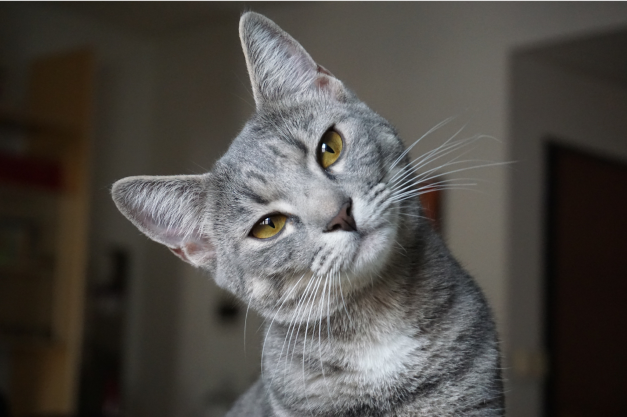 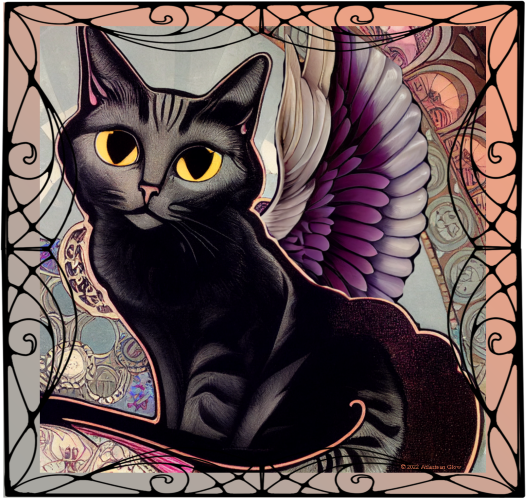 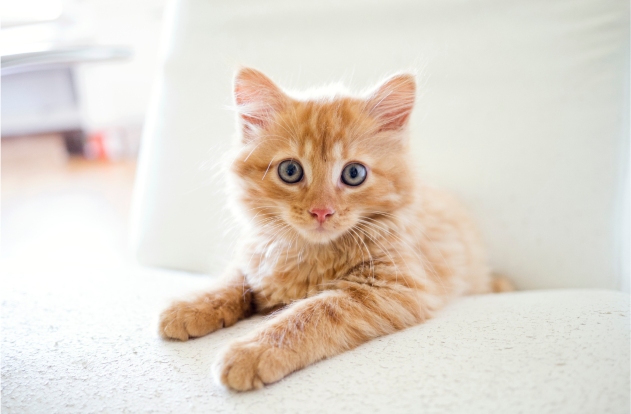 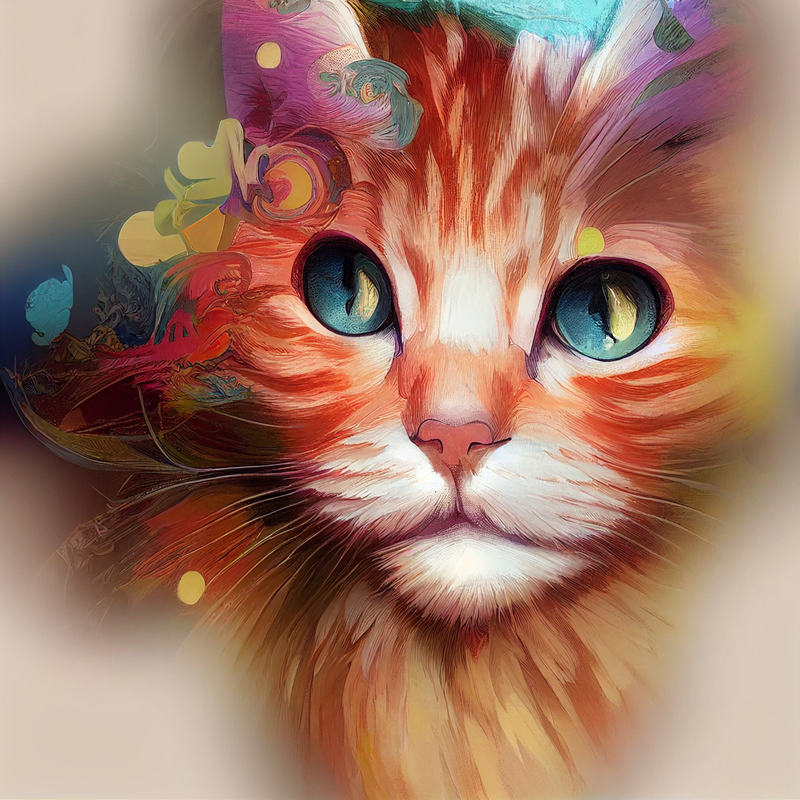 Sample renderings. No two are alike and vary vastly by style. Your pet determines the symmetry, chaos and colors during their reading!
As always, we hoomans are at their mercy.
TOP
TOP
UPDATE! Juba hasn't gone anywhere. "Flights of Whimsy with Juba the Fairy Emissary" has been moved to Exchange of the Ancients Custom Call. Just look for "Juba - Our Resident Fairy Emissary." She's very happy that we've added her to "such a prestigious list." Naturally, we're happy to have her!

NEW! Exchange of the Ancients Custom Call (SKYPE)
(Patreon Category Exclusive - Seekers and up)
Can't wait to chat with Michael in the summer or you just missed Haniel in the spring and you need to bend his ear on meditation? Choose the ancient you would like to connect to whenever you see this option offered. Remember, Exchange of the Ancients is not a reading nor a divinatory service. It is merely available to connect you to certain guides for insight on the universe in which we exist. Any information offered is of their own perspective and opinion. And as we have found the hard way, will most certainly differ from that of other ancients.
Ancients available whenever this service is offered: Upon purchase, please select the ancient with which you'd like to speak via this form.
Please complete this form within 24 hours of your appointment or your session may be ca​nceled!
TOP
Voyages: Past-Life Readings with Chantel (SKYPE)
Go on an adventure into one of your past lives in this one-hour session. Make new discoveries about yourself. Find out the source of personal obstacles and great life lessons. Uncover hindering patterns or lean into spiritual strengths that have carried you valiantly from one life to the next. Use the past to help repair the present.
TOP
Chakra Mechanic (SKYPE)
This chakra walk-through takes you on an intense spiritual journey that helps you to uncover issues that may be blocking your spiritual progress and self-discovery. Via one-on-one voice chat sessions, Chantel will gently guide you through each chakra power-point of the body that serves as a "database," which stores physical, mental and spiritual information. But prepare yourself! With hundreds of clients, she has helped uncover some of the most intense past-life snares and hindrances. Read more about the Chakra Mechanic here!
TOP
PATREON MEMBER EXCLUSIVE. Straight Talk (SKYPE)
We're proud to host Chantel on our site as our guest. She will be available for chat sessions. Here, we'll let her explain it as she did on her Facebook page: I sense many of you out there are feeling closed off without anyone to talk to. Though we're all connected more than ever through the internet, we're more isolated than we've ever been. Fewer and fewer of us have someone to confide in, someone to trust, someone we can discuss our deepest, most troubling issues.
TOP
Schedule Your Selection Today! Click Here For Calendar

Atlantean Glow treasures your privacy and does not obtain credit card information.